Alright, last time I created a correlation matrix from this table. However, during Pubathon, it was pointed out that I should probably check to make sure I’m doing things correctly. As it turns out, I wasn’t (thanks, Matt!) Basically, I had to separate my normally-distributed and non-normally-distributed variables (as determined by a Shapiro-Wilk test), along with my continuous and categorical variables. However, since all my categorical variables were (unsurprisingly) non-normal, I just was left with two groups - normal and non-normal.

I also put a quick refresher on the transcriptome IDs and columns present at the bottom of this table. And if you want to see the initial correlation matrix that I created last time, check out my previous lab notebook post! 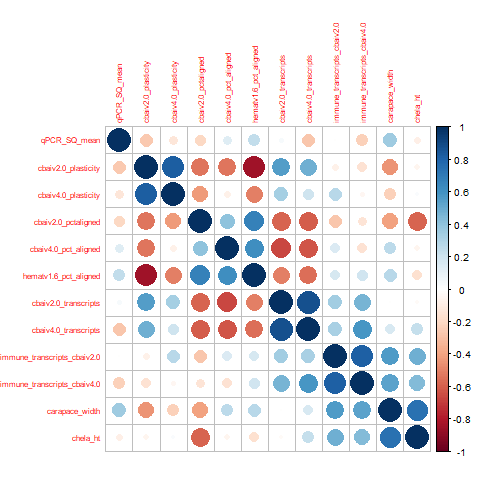 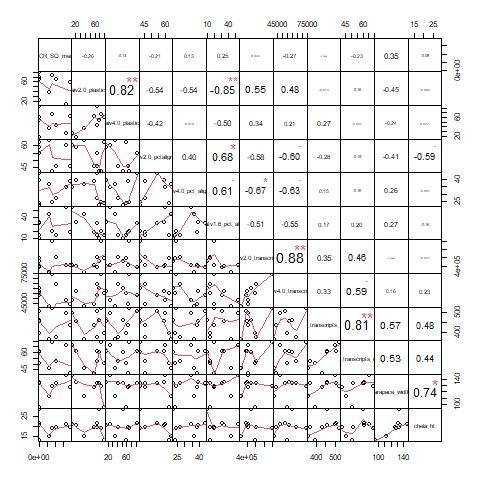 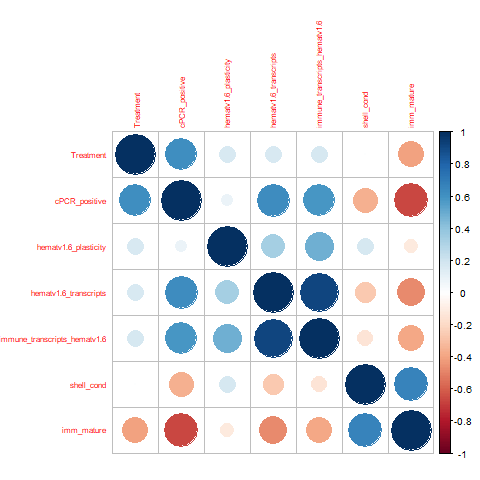 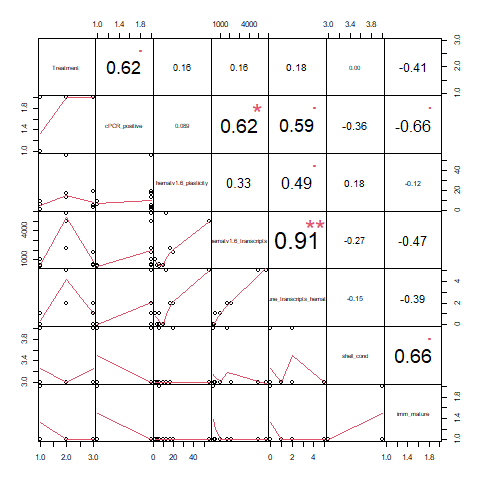 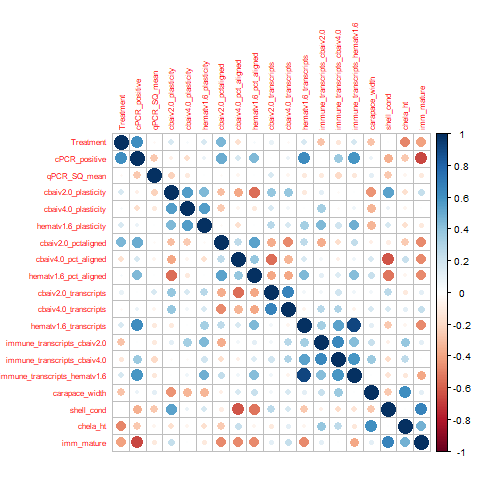 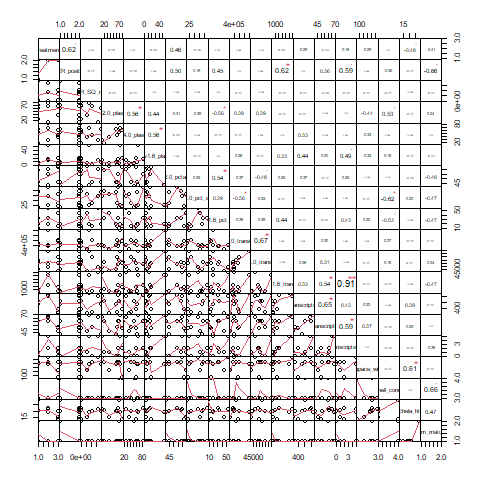 Alright, well we found a few neat linkages. Glad I took the time to redo that one! Anyway, I’ll bring em up during lab meeting tomorrow and see what people think. End of the main post, though there is a refresher below on some of the notation used here

Refresher on Transcriptomes and Columns

As a reminder, the three transcriptomes used for alignment in this experiment are:

The following columns are present in the original data file: