Alright, last time I found a bunch of cool stuff by re-running with signed modules. Before I get into my goals, let’s recap those:

Previously, I switched from an unsigned to a signed network. After doing so, I realized that it would be optimal to use hemat_level as a continuous, rather than categorical, variable. I’d set it up as categorical earlier, simply because samples either had a quite low SQ mean (sub-5000) or quite high (over 100,000). However, I figured hey, why not have the extra precision of treating it as continuous! So I re-ran WGCNA with that input changed, and definitely got some differences. Nothing major, just some changes in module names and contents.

After discarding significant modules in which there was high correlation to a single crab, I examined significance with GO-MWU. No enrichment was detected in any GO module within the host or complete transcriptome. However, when analyzing the parasite transcriptome, I got

within a significant module.

Oh also, as a note, I’m now using a different, more paper-friendly notation for the transcriptomes. 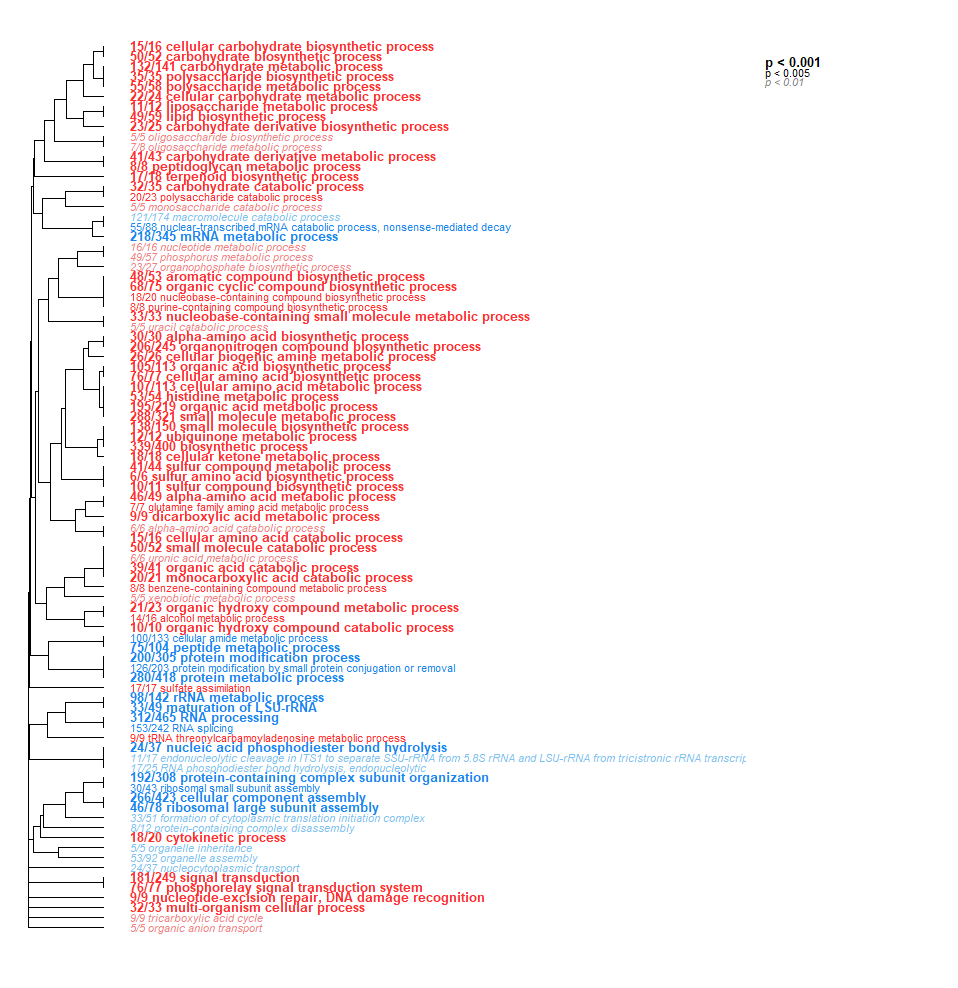 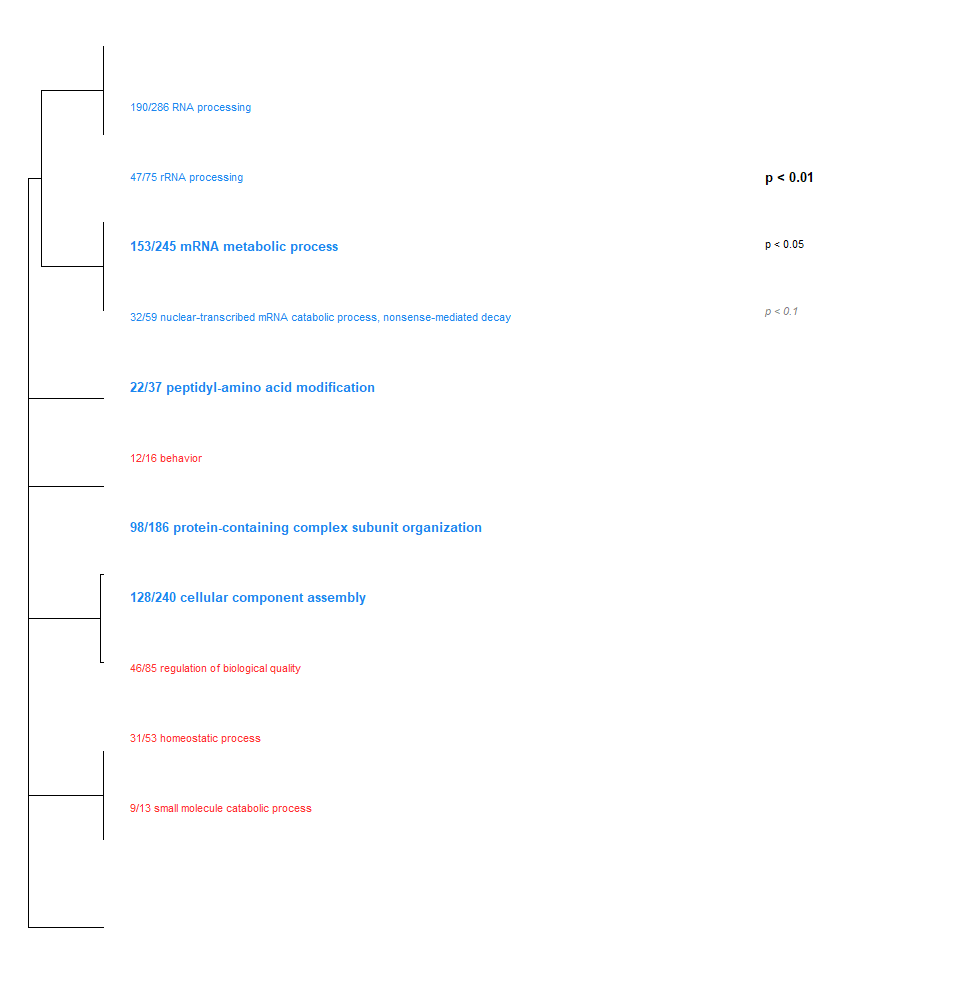 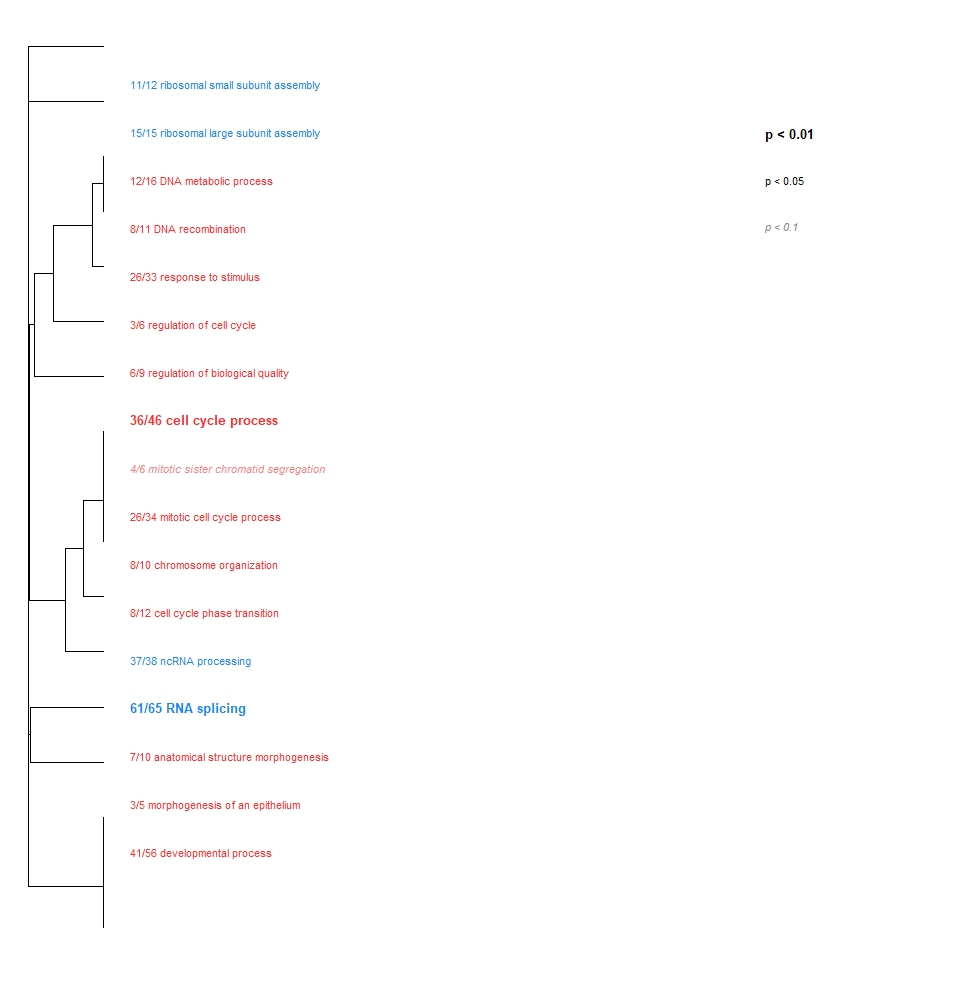 I noticed that previously, I had set the DESeq2 bar for a DEG at padj = 0.005. However, that’s a bit unreasonably low - instead, I raised it up to padj = 0.05. This gave us more accurate totals for DEGs among each pairwise comparison. However, it also required us to re-run all DESeq2 comparisons (which is a whole lot - 30+ among all transcriptomes!). Once it finished running, we were able to produce accurate tables of DEGs for each pairwise comparison.

Alright, that’s my goals for the next month! A bit optimistic, given that a good portion of December is the holidays, but it’s crunch time - gotta wrap things up on this paper ASAP!